In Which I Take 3 Months to Paint One Dresser 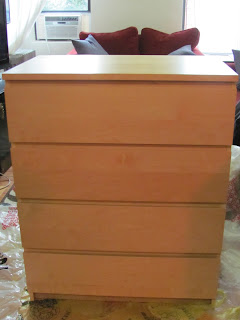 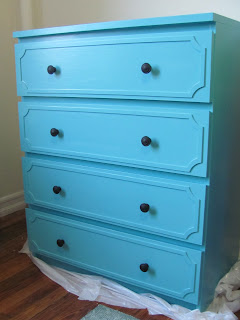 Now, I'm not sure what made me develop a sudden and passionate hatred for my dresser when I moved, but... I did. In retrospect, this was probably fueled more by obsessive reading of crafty decorating blogs and Pinterest rather than by anything about the dresser itself, whose main crime was not matching my new wardrobe and being a little boring.

I was a little nervous about ruining what was in reality a perfectly fine, functional piece of furniture, so I read a lot about how to paint Ikea (and other laminate) furniture, and finally got to work (yes, this process began in September).

Step one was to drag the boring dresser into the living room where there is a bit more room (followed by step one and a half: mourn new apartments lack of balcony). Step 2 was to realize that I did not own a drop cloth of any kind. What I DID own was a ton of plastic grocery bags- normally I try to be conscientious about bringing in my own bags to the store, but the moving process made that go haywire, so quite a few were laying around. I elected to cut them flat and tape them together, making an upcycled drop cloth. 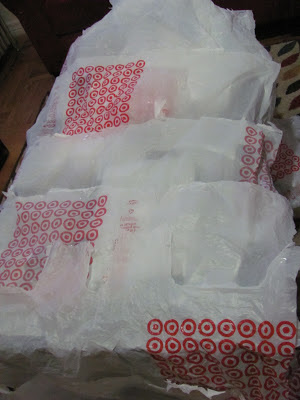 From my reading, it was clear that sanding is absolutely necessary, as is priming. I bought some very fine grained paper, dismantled the dresser, and got to work. Here I am, dutifully sanding (which takes forever, by the way). After sanding get rid of the dust with moist cloth and let it dry. 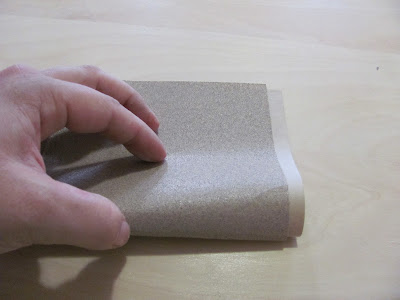 For primer, I felt like everything I read recommended something different, so finally I just asked the guy at the hardware store down the street. I ended up with Bulls Eye 1-2-3 and if there is anything wrong with it I haven't found it yet.

Then, (reading more), I decided to make the makeover a little more interesting by using specially designed overlays, which you basically glue onto the drawer front with wood glue (or, I used Liquid Nails) and then paint along with everything else. Of course, I decided this after I had already primed, so then I had to prime the overlays too. The hardest part by far was centering them! You'll notice that the drawers are lined up so I could make sure they looked the same. 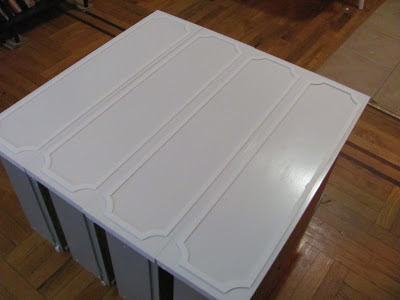 Then, I painted it white with acrylic paint. Unfortunately, at this point I hated it even more than I had before, but I dragged it back and used it like it was for a few months because I was tired and I wanted my living room back (there appear to be no pictures of this dark period).

Basically what happened was that as a total paint-newbie, I didn't know that "white" as we think of it is not really absolute white, but has a little bit of tint in there. The plain paint at the store is WHITE. Really, really, insanely white. My dresser was the blinding white of overly bleached teeth. Actually, it was kind of like this Friends episode: 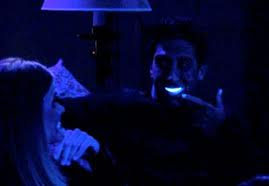 After living with the blinding white for months, finally, when I was thinking about what I wanted to do on Super Bowl Sunday (which clearly was not going to be watching football), I decided to tackle it again (see, at least some tackling was happening).

At my little hardware store, they don't mix paint. So, you buy some tint and mix it yourself. I bought some Rust-oleum Painters Touch Semi-gloss white, squeezed in the tint, and stirred it in, and I imagined it being a nice gentle color, sort of like the rug you can see in the pictures. Well... it turned out that the paint dried a MUCH more intense color than I'd imagined. But, it's growing on me... now it's kind of a bright spot in the room and looks really cute and perky- definitely much more personality than its original incarnation... (yes, for the photo it is temporarily still on a bit of dropcloth, just in case the very bottom wasn't dry and wrecked the wood floor, but I was super excited and wanted to document it). 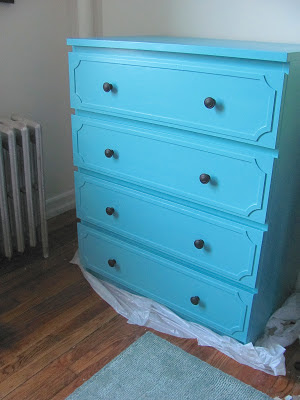 At the very least, it sure does match the quilt! 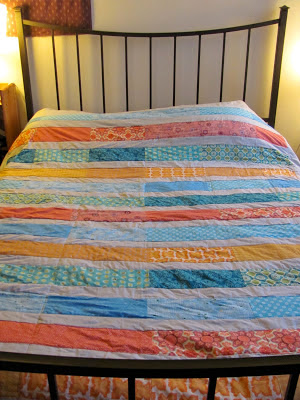 UPDATE:
You can see the dresser in a new home, a little more dressed up, in this post. 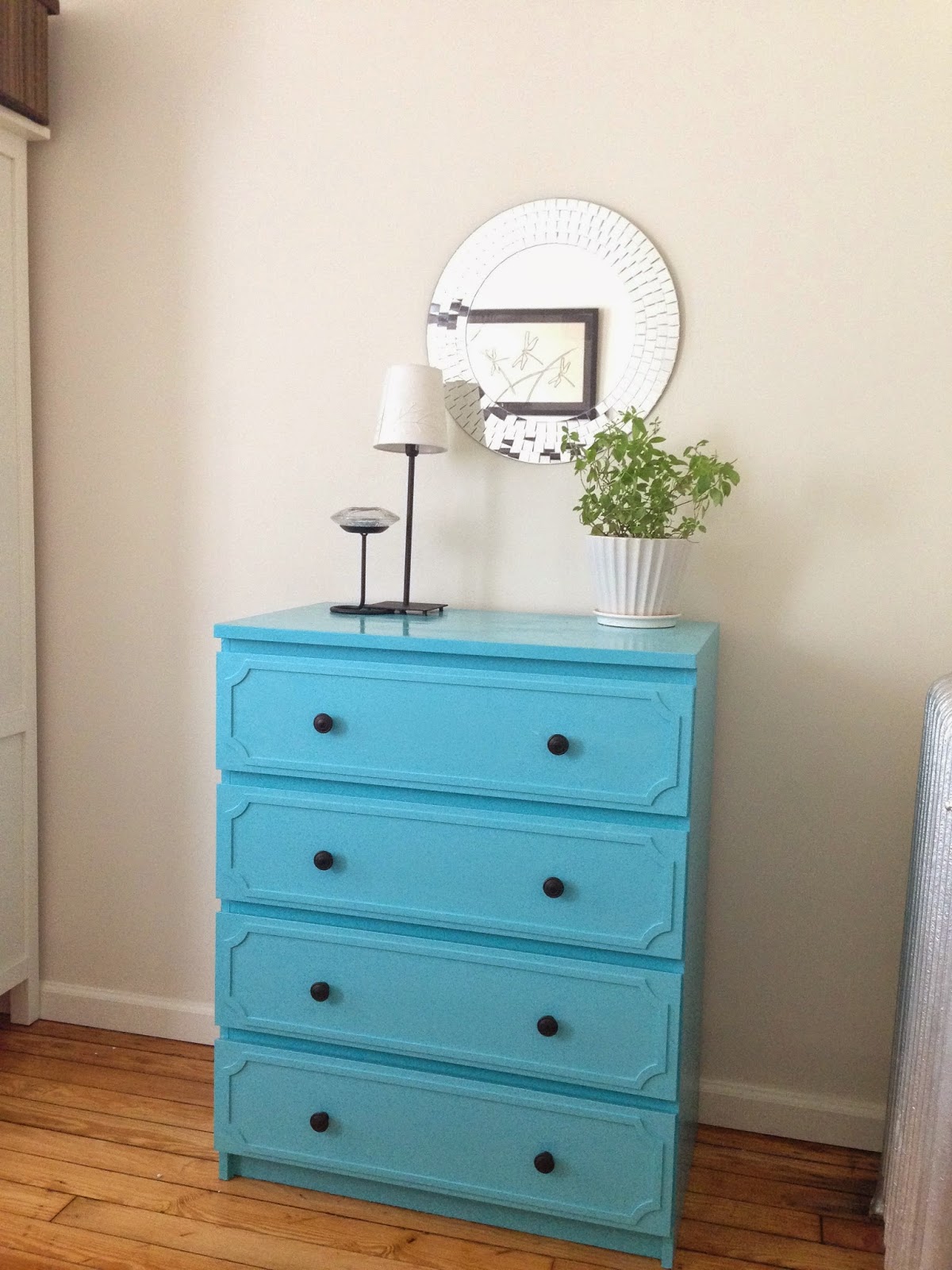 Posted by yellowfish at 5:58 PM

I'm way behind on my blog reading. I love how your newly painted dresser matches your quilt!

thanks! I was a little nervous about how bright it was, but now I love it!

Can ya please list the items that would be needed to redo this dresser? I'm hoping to convert plain white IKEA dresser that my girls use for my boy. Thanks!